It’s one of the most persistent questions that comes up when we discuss solar with future converts: how efficient are solar panels in winter?

It’s not just renewable energy naysayers who ask this question. Beginners and even some more experienced users harbor doubts over their solar panels’ effectiveness once the dark winter months roll in.

And, frankly, we get it. No sun or less sun means less energy going into your solar panels, which means less power to your home.

But the reality is more complicated than one would expect. It depends on a lot of factors, some more predictable than others.

We want to take a closer look at what impact the winter weather has on your solar output, taking into consideration all factors, from geography to the performance of your components.

How Efficient are Solar Panels in Winter?

While the precise numbers vary by latitude and weather, but on average, users experience a 40-60% reduction in solar panel output in December and January than in July and August.

Given how dire the rhetoric around solar panels in winter can be, you’d be forgiven for thinking those numbers look better than you feared.

Even though the cloudy weather reduces the input your panels receive, the machinery and electronics of your system actually function better in colder temperatures. If you’ve ever upgraded the fan on your computer, you’ve seen this effect firsthand.

This gets to the heart of why this question is more nuanced than the doubters believe. Solar panels are simple to understand, but they(and the weather) are complex systems. Some things help aspects of your output while at the same time hindering others.

That cold weather that helps your components function more efficiently? It also can put a drag on your batteries’ charging time. These considerations create the balance that impact your power output during all seasons.

Of course, cloudy weather isn’t the only thing that affects your solar panels during winter. The sun has changed position in the sky and the daytime hours are shorter, so even on a cloudless day, you’re still getting less sun than in June.

You still can’t change the weather or the rotation of the planet, but you can adapt to it. Let’s go over some different ways you can get the most out of your solar system when the temperature drops.

1. Add Wind Turbines to the Mix

The most effective thing you can do long-term is to install a hybrid wind-solar power generating system. This is not always an option, and it depends on how much wind you actually get, but for most people, the wind helps pick up the sun’s slack. 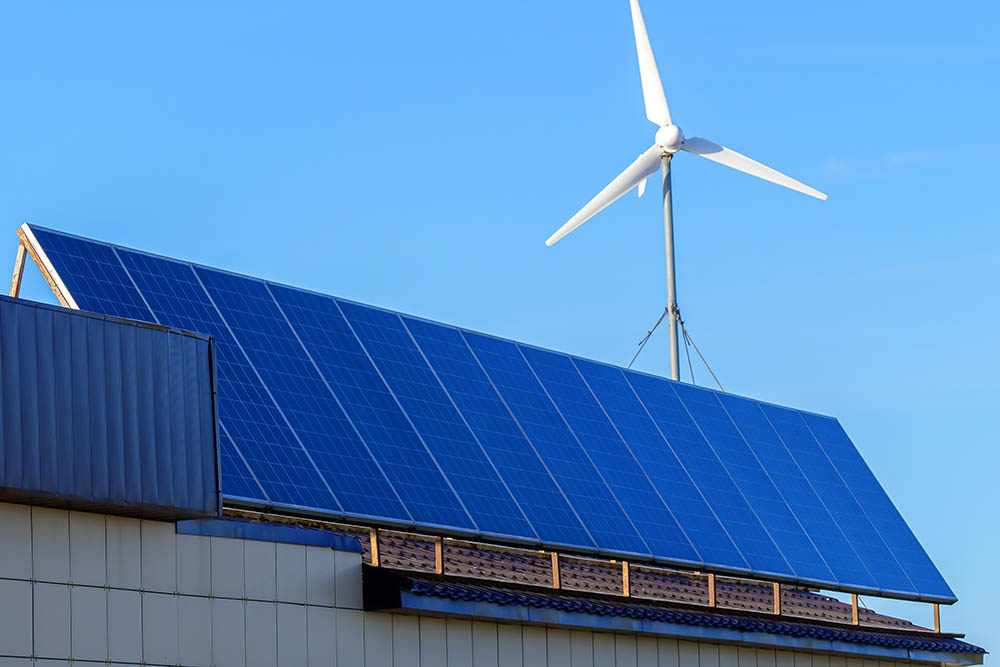 Not only that, but wintertime is generally when the wind blows the strongest. Wind is caused by temperature (and, by extension, air pressure) gradients. If it’s cold here in Seymour, but warmer south of here, that difference in temperature is called the gradient.

Air flows from areas of high pressure to low pressure and the greater the temperature gradient, the greater the wind speed. These temperature differences are more pronounced in winter than in summer, so while your solar panels may lag, your wind turbines should be pulling more than their average weight.

2. Use the Grid to Reduce Downtime

Another systemic change you can make is to install or switch to a grid tie system. This won’t do anything to increase your solar output in and of itself, but it will reduce the risk of downtime during prolonged dark days.

If you are looking for a way to cope with the change in seasons without making major changes to your solar power generating system: repositioning, get into the habit of repositioning your solar panels.

A lot of people take a set-it-and-forget-it approach to positioning their solar panels. But as we’ve discussed on our podcast, the ideal angle of your solar panel can vary by as much as thirty degrees as the seasons change. 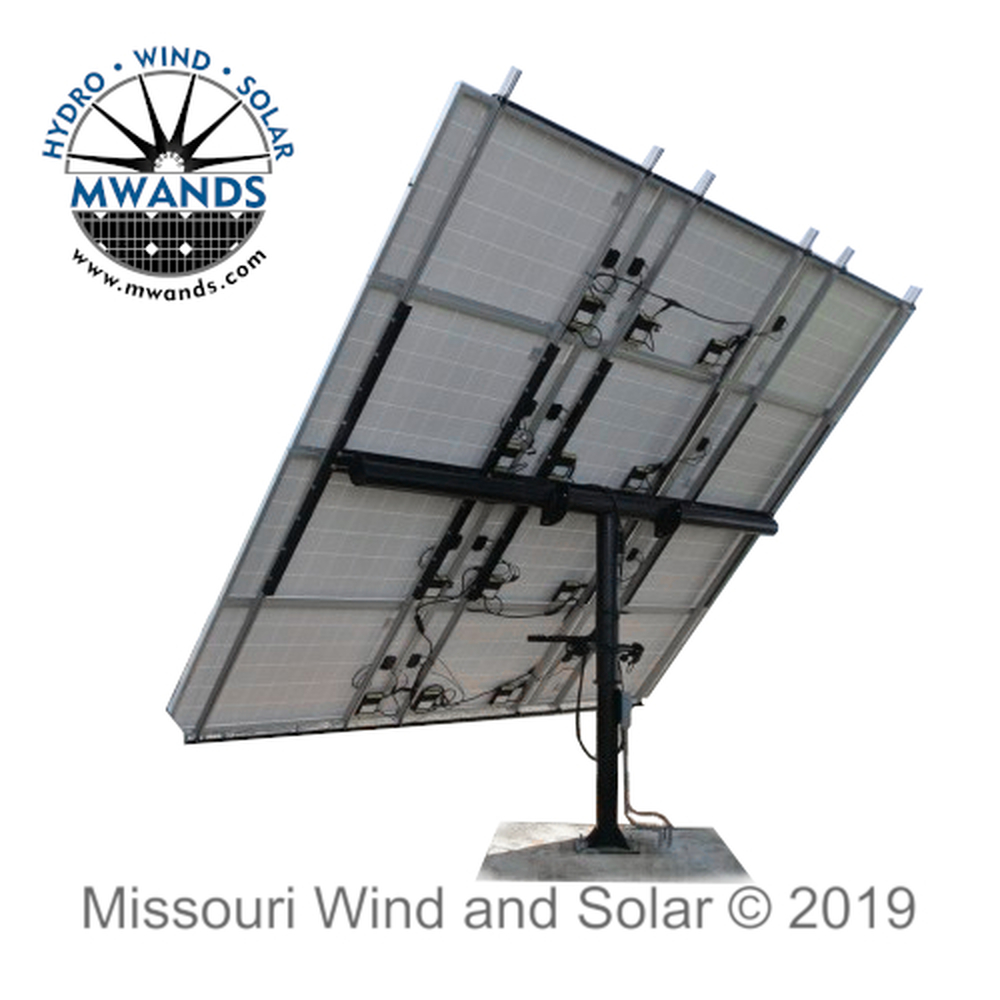 If you think moving your solar panels to keep up with the sun sounds like a chore, we tend to agree. That’s why we use our Solar Time Tracker Panel Mount which has dual actuators that not only tilt your panel east to west throughout the day, but north to south through the year.

Compared to a fixed rack, a time tracker can improve the output and efficiency of a 12-panel solar array by as much as 40%, which definitely helps take some of the sting out of the dark winter.

Of course, if you want to adjust the angle of your panels manually, this handy solar angle calculator helps you figure out the ideal angle for your location at any given time of year.

4. Keep Snow from Building Up on Your Panels

If a large amount of snow is in the forecast, keeping your panels at an angle can help limit accumulation which can inhibit your panels. If snow is a frequent concern, opt for panels without deep frames, which tend to trap the white stuff.

Otherwise, you’ll need to go out and brush off accumulated snow on the panels.

Whether your winters are harsh, mild, or Florida-esque, there are ways to help make sure that your solar panels handle the shifting seasons.

Once you and your solar panels have weathered a winter or two, you’ll be more than equipped to give people an informed picture of how solar panels can continue to serve you in short days and dark nights.

And if you have questions when the air gets cold, you can always contact us, and Missouri Wind and Solar will help you figure out how to keep your power flowing.